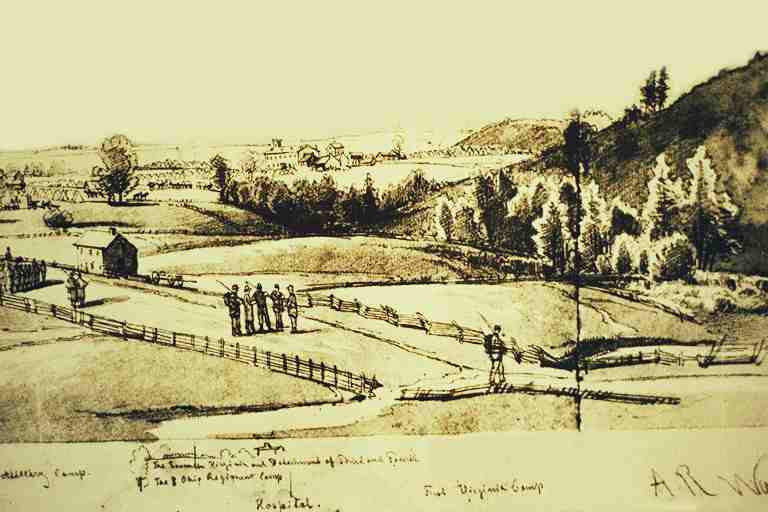 Soldiers on the main road just east of Romney; town is in background.